In this room of the exhibition you will find three artefacts, introducing the Nordic Forest Farmers’ way of life from the perspective of residents of the small transit settlement of Stokkerup, located in the principality of Copenhagen:

An excerpt of ethnographic field notes about the Nordic Forest Farmers published a decade ago (artefact A), a notebook excerpt with a sketch of a map used by the forest farmers (artefact B), and a contextualizing archival document from the same year (artefact C).

Before continuing, we ask you to do the following – or something that suits you and your body:

Please scroll to examine the artefacts.

Find the next door or return to the museum hall below.

The excerpt is from a journal published in 2020, written by a Copenhagen based researcher and nobility. In 2018 he moved to the settlement of Stokkerup to conduct research. The pages attest the researcher’s interest in the Nordic Forest Farmers, specifically in their relation to stinging nettles and their conflictory relationship with the gentry centred around Stokkerup. 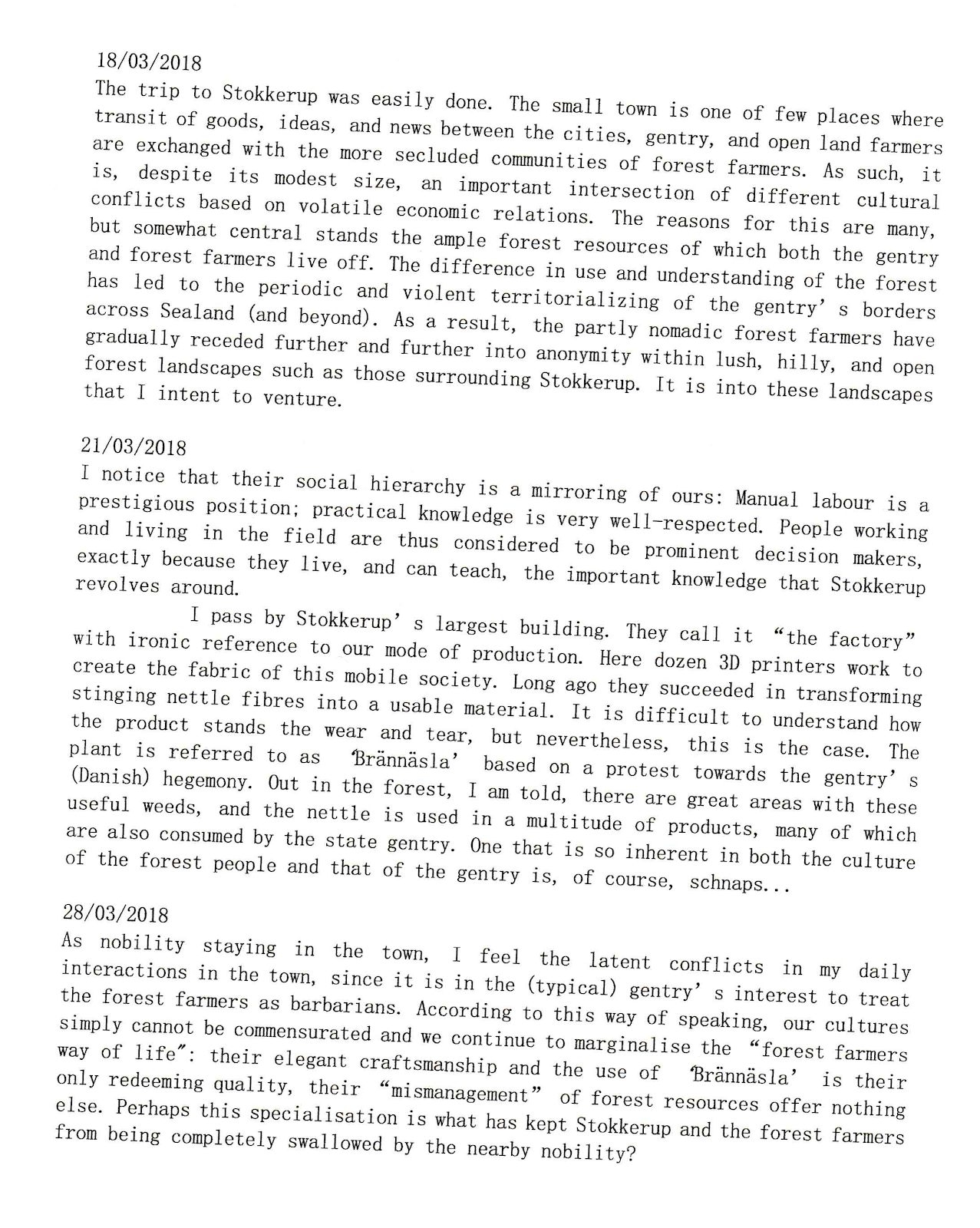 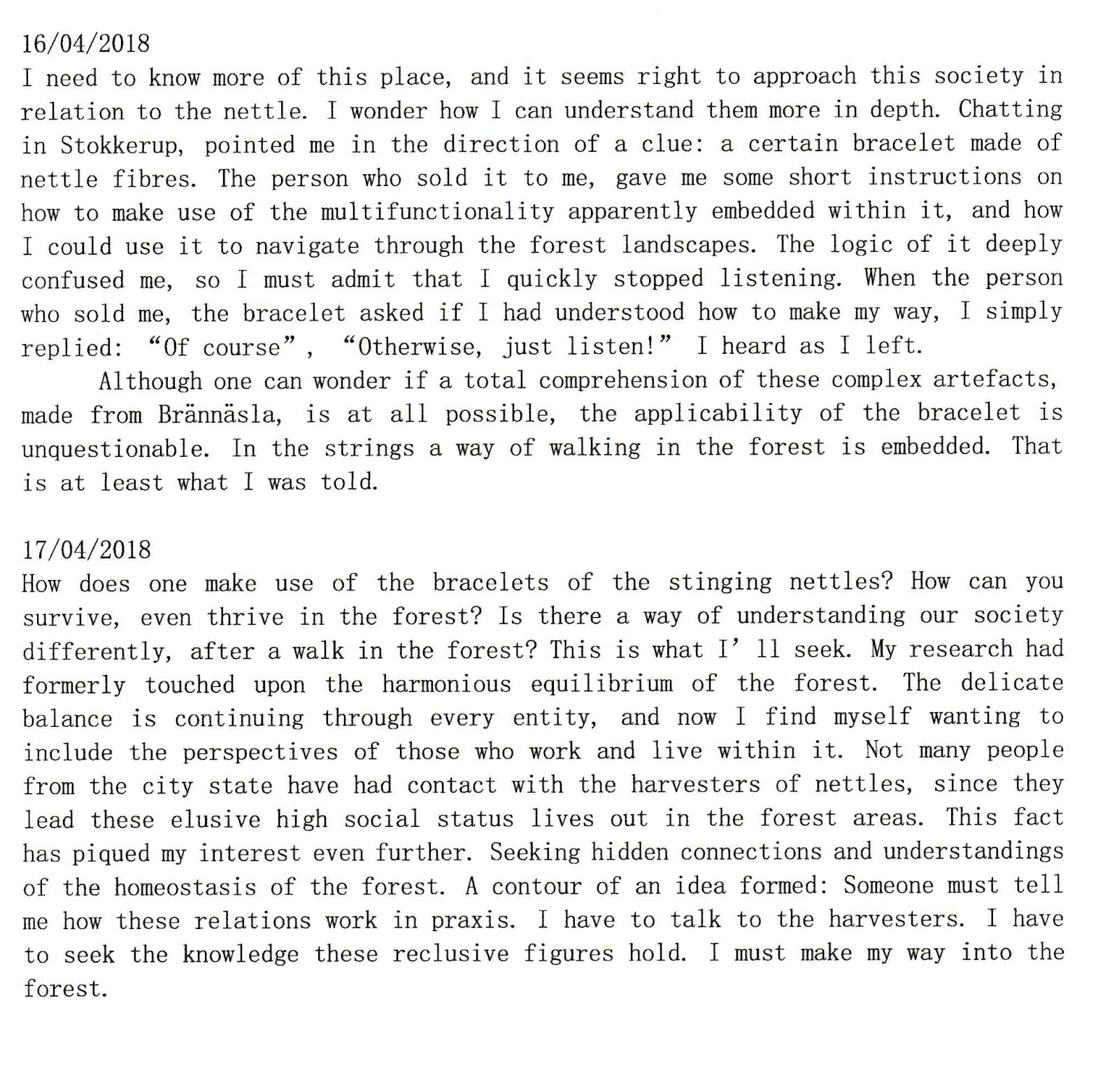 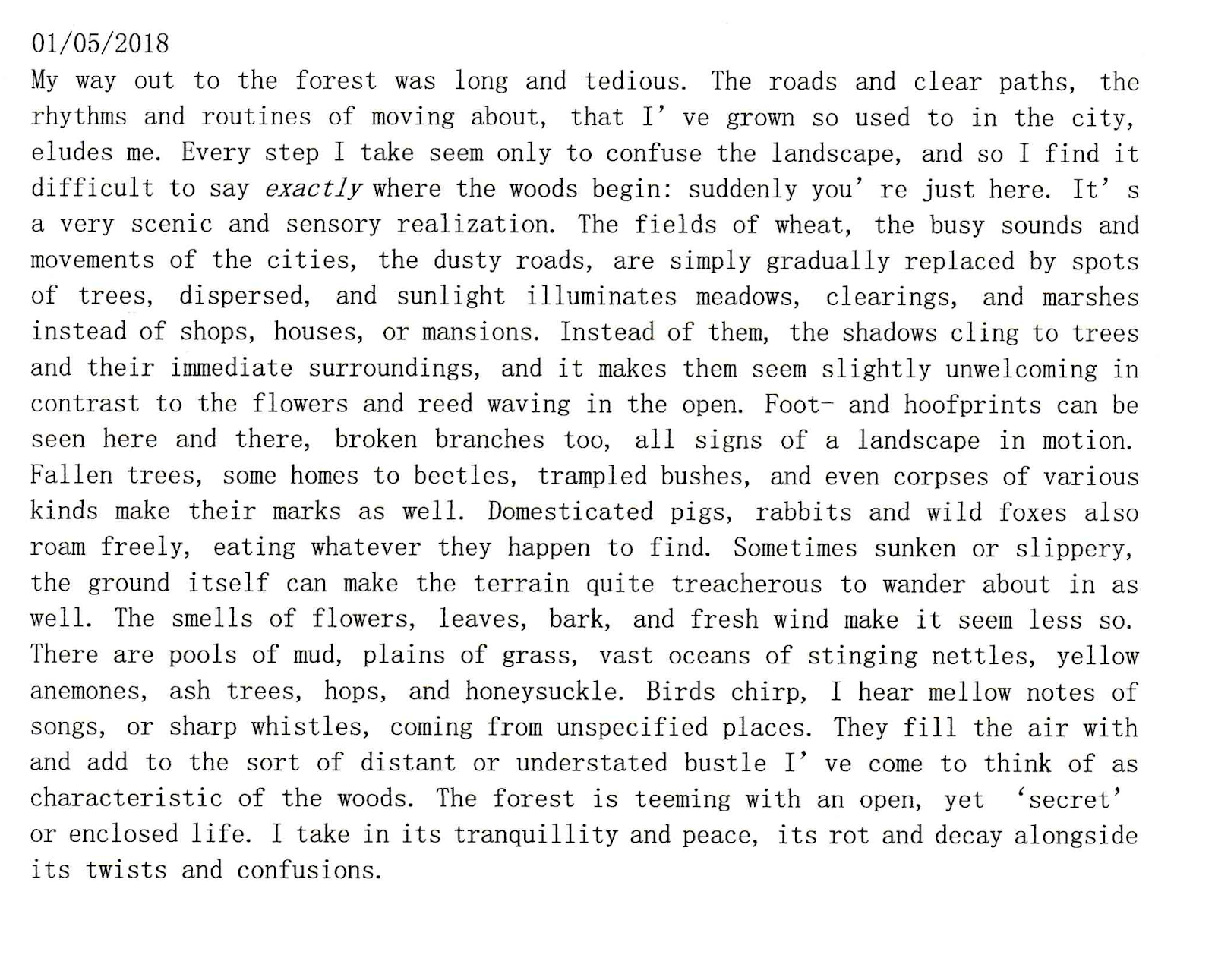 The excerpt is from a notebook kept in 1848 by a night watchman residing in Stokkerup. The notes and sketches are renderings of a map used by the Nordic Forest Farmers. The original map has not been recovered, but the excerpt gives a glimpse of the forest farmers’ understandings of navigation and functionality. 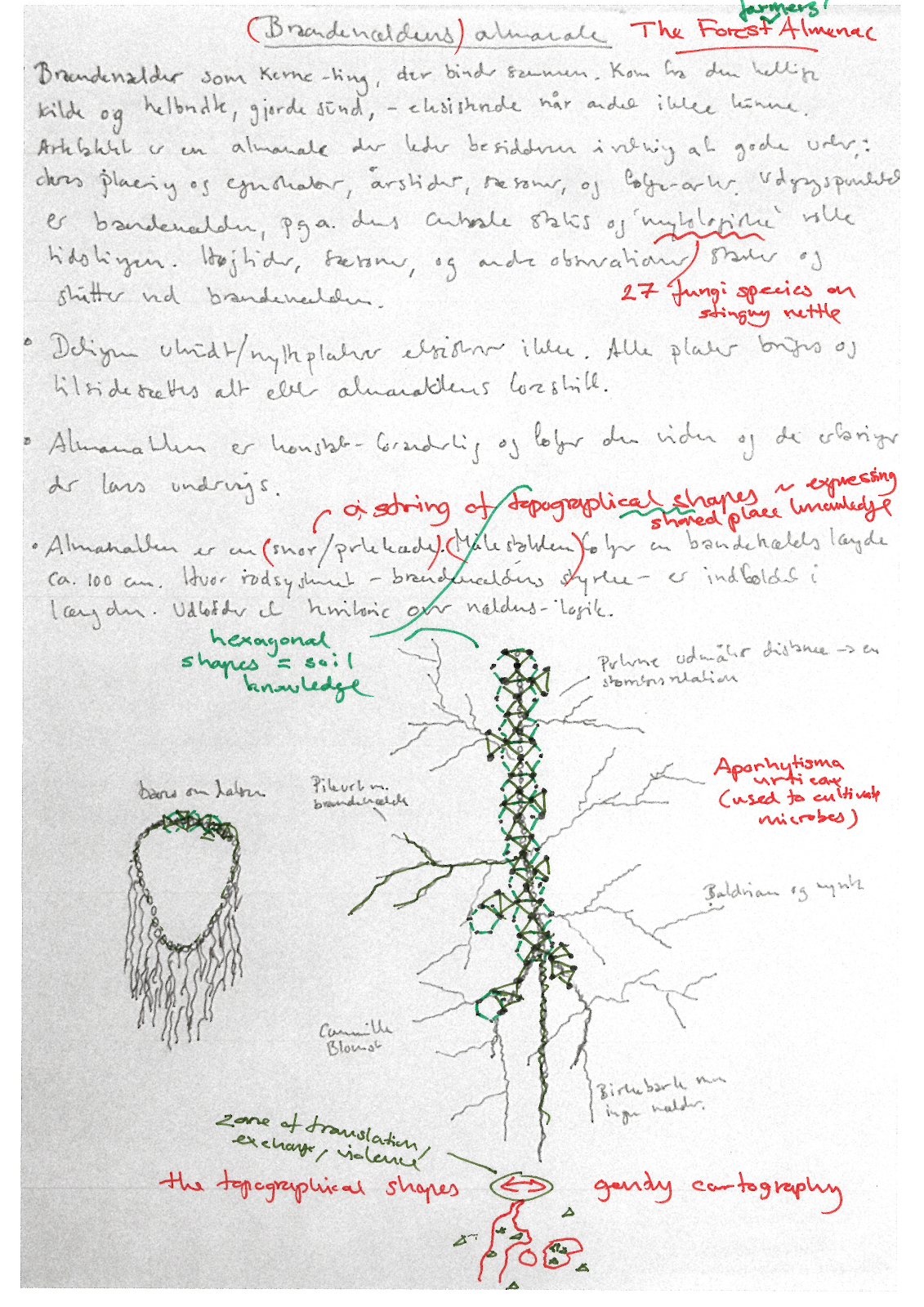 This document is a patrol record from February 18th 1848, detailing a nightly encounter. The record, discovered in the Copenhagen City Archives, presents a plausible explanation of the night watchman’s knowledge of the map, as his notebook is dated to the same year. It also provides insight into the conflicts and differences between the forest farmers and city residents.

Translation (E):
It is thought that he had entered the city though the northern port gate, and thereafter was moved to the detention building. The sounds from his mouth staccato and confused. He had struck an officer in the temple nearby Stokkerup, and that of good reason, since the officer had tried to confiscate the brännäslasnapsen (nettle schnaps). He had one of these maps in his hand, almost taking the shape of a spider web. The multiple strings in many colours revealed a coded knowing of the ever changing nature. The ochre yellow revealed itself as unreal. When the man from the forest had entered the detention building, the map had been covered by a layer of rime. The rime slowly melted and small drops of water fell from the net, down the stony surface of the floor, and revealed that water could not be absorbed by the map. We, the citizens, knew that they understood reality differently. Although the night can make a labyrinth of the city, the forest is a place where we lose ourselves. Rumour says that if you understand the map, then the forest reveals itself as opportunities. We can only settle for trading us to the bounty of the woods. To us the forest is just a source of anxiety.

Enter Door 2
Return to The Museum Hall through the Backdoor